FOR THE SAFETY OF OUR PATIENTS, WE CONTINUE TO ADHERE TO OUR COVID-19 HEALTH & SAFETY POLICY Click Here for More Info 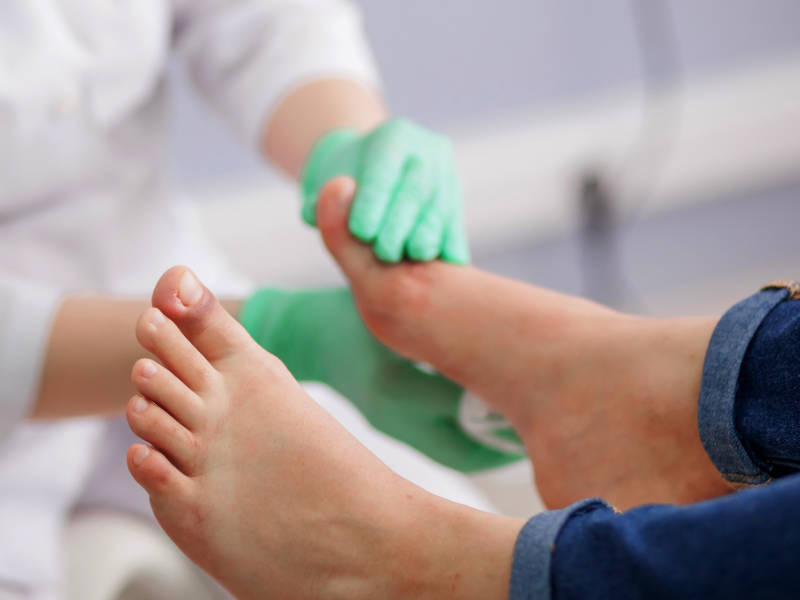 Fungal Nail Test: How to diagnose a fungal nail infection

What is the first step in treating a Fungal Nail?

The most important stage is to correctly diagnose a fungal nail infection. Studies have shown that even experts (Dermatologists & Podiatrists) at very best can only be around 67% accurate by visual diagnosis, meaning they still get 1 in 3 diagnoses wrong. Clinical guidelines and published papers repeatedly state it is good practice to establish a formal diagnosis before treating. Why? This is because around half of thick discoloured nails are not fungal and you should not treat a patient for something they do not have!

How does the Dermatophyte Test Strip work?

This is also known as the 5-minute fungal nail test. The Dermatophyte Test Strip (DTS) works by a process known as immune-chromotography, similar to that used in a pregnancy test. The DTS contains a monoclonal antibody (MAB) that specifically reacts with a polysaccharide that is present in the cell wall of dermatophytes. When an infected nail sample is added to the buffer solution, the polysaccharide is released and picked up by the DTS. The fungal polysaccharide, if present, is absorbed into the test strip and then interacts with the MAB present in the strip.

How accurate is the test?

The DTS in published studies has been shown to have an accuracy of 97% – meaning you can be confident that the test will give results.

What species can the strip detect?

Is there reliable scientific evidence that the test really works?

Can the test be used if the patient has been using anti-fungal treatments?

Yes, unlike traditional mycology, the test is unaffected by any anti-fungal treatments which may be present in a nail sample.
Therefore, do not delay seeking advice regarding your discoloured nails, as the sooner you have an accurate diagnosis, the better the outcome will be of your treatment!

Visit our website and book an appointment online now at www.podiatrystation.com

Have a question? Call us now

Booking Line Open:
Monday to Saturday - 8am to 8pm

Times may vary during school holiday's.

This website uses cookies to improve your experience while you navigate through the website. Out of these, the cookies that are categorized as necessary are stored on your browser as they are essential for the working of basic functionalities of the website. We also use third-party cookies that help us analyze and understand how you use this website. These cookies will be stored in your browser only with your consent. You also have the option to opt-out of these cookies. But opting out of some of these cookies may affect your browsing experience.
Necessary Always Enabled
Necessary cookies are absolutely essential for the website to function properly. This category only includes cookies that ensures basic functionalities and security features of the website. These cookies do not store any personal information.
Non-necessary
Any cookies that may not be particularly necessary for the website to function and is used specifically to collect user personal data via analytics, ads, other embedded contents are termed as non-necessary cookies. It is mandatory to procure user consent prior to running these cookies on your website.
SAVE & ACCEPT